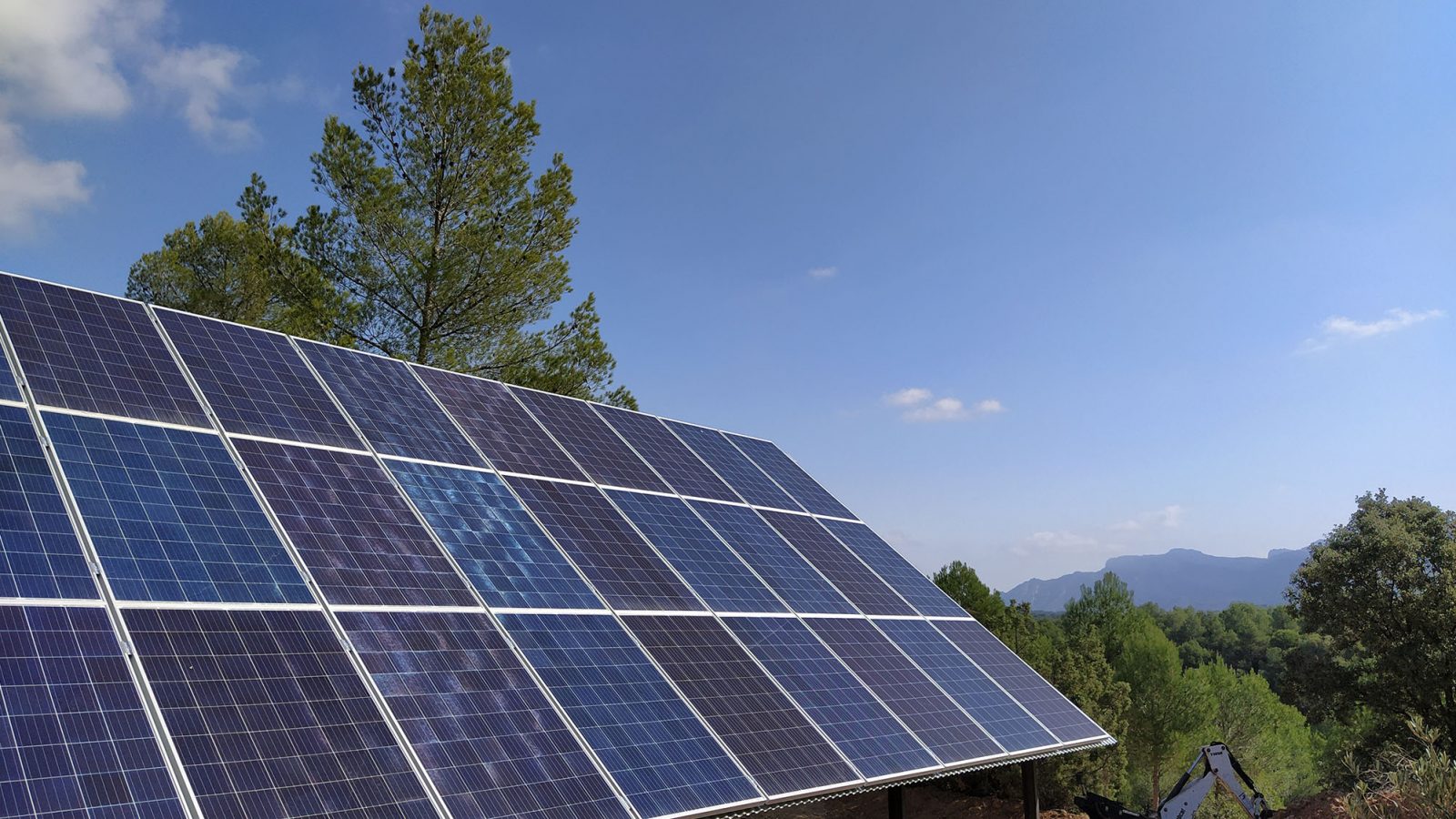 Unless you’re looking at it from the equator, the sun rises and sets in a different position every day. This means that most exposed surfaces will receive some direct sunlight at some point during the day; making the most of this direct light is the aim when generating solar power.

However, facing all the panels due south does mean that in summer in Europe, as the sun rises, it actually shines on the back of the solar panels. It’s not until it moves higher into the sky that it shines directly onto the front of the panel. Likewise, at the end of the day, as the sun sets towards the north-west, the last hours of sunshine hit the rear of the panel. In many applications, this isn’t a problem – the battery charges throughout the day and is more than capable of covering the load when not in full sun.

Facing panels more to the east will help give an early boost to the system and can work well with systems with smaller batteries in situations where a load is used early in the day. However, power generation will drop off during the afternoon as the sun moves westward.

Panels facing to the west can help capture late evening sun and may help if there is a larger load further into the evening. 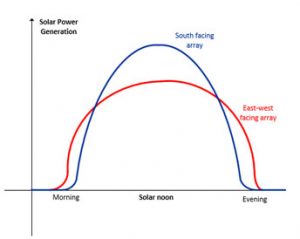 Recently it’s become more popular for both residential and commercial installations to use a combination of east and west facing panels to ensure a good average throughout the day. As the sun moves from east to west, the power generated is evened out – not quite reaching the peak input of a fully south-facing system but offering a more balanced input throughout the day.

One point to note is that systems with panels facing in different directions do need careful design, so as to maximise the solar input throughout the day.

The tilt of the panel, measured in degrees, also greatly affects solar generation. Generally, a panel’s optimum tilt is based on its latitude – the further north the location, the closer to vertical for optimum. Season will affect the optimum tilt – in summer, when the sun is higher, the optimum angle is closer to horizontal than in winter when the sun sits lower in the sky.

However, just as with direction, there are times when these optimum angles can be adjusted to maximise the available sun. In one recent installation by Clear Sky Solar, the array site loses the direct sun into shade in winter, which means that optimising for winter tilt is a waste. So instead, the main array is installed at a much flatter angle, optimising for the spring to autumn sun.

There are various methods for adjusting pitch and direction, to track and optimise the solar input, both manual and automatic. However, with the drastic reduction in the price of solar panels over the last few years and the increased efficiency of solar equipment, we usually recommend avoiding costly trackers with moving parts that are prone to wear after time. Instead, we advise investing in a larger array, designed to maximise the solar input for the specific needs of your project.

As this post shows, there are many factors that affect the optimisation of solar generation – which is why we always aim to meet clients at their site for a full survey before starting a project. We use the information from the site survey with professional solar software to optimise the array layout to match your requirements.

Get in touch with Clear Sky Solar to find out more!

Have any queries? Talk to us today

Get in touch today to arrange a site visit to start designing your solar system.